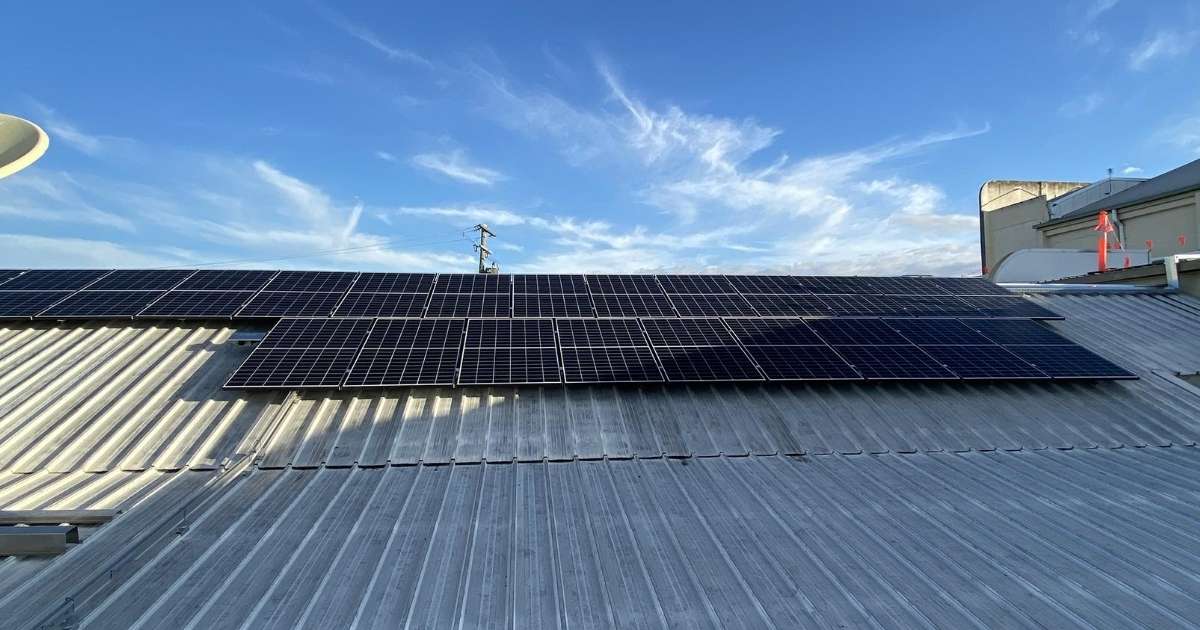 Solar Panels are becoming much more common in Australia and around the world. As with all new technology, people may make assumptions or have questions about how the systems work and what the impact is on their homes and local neighbourhood.

One common question asked we’re asked is whether solar systems make noise. The answer varies based on a few factors but the simple answer is, the inverter may make noise while the solar panels themselves should not. Solar panels have no moving parts, so unless there are structural issues, they should not move or work in a way that produces noise.

Generally speaking, solar panels themselves won’t make noise, but there are a range of other reasons you may hear something from your neighbours’ new solar array:

Inverters are about the size of a briefcase and attach to the side of the house. They turn DC power into AC power.  Inverters are designed to be in cooler shaded areas (unlike solar panels which should be in full light and should never be shaded). If an inverter has been placed in direct sunlight, or there is a high electricity demand, it may run a fan, which may make some noise. Some newer cutting edge inverter designs, such as Delta, no longer incorporate fans but instead use an innovative heat-sink design for passive cooling instead.

Inverters may make a quiet humming noise during the day but in most cases this shouldn’t be heard above the normal ambient noises of a normal neighbourhood. If the inverter is making a louder noise, such as a loud buzzing or crackling, then it’s likely that the inverter needs maintenance. This can often be due to inverters being placed in direct sunlight (instead of shade) or cheaper low quality products.

If you hear a high whistling noise from the inverter, this is the capacitor working, while a noise more like a vacuum cleaner is usually the fan working to cool the system. In larger installations such as commercial systems, these parts of the inverter may make more noise.

In cases where the installer has not properly screwed the solar panel racking into a rafter and it is loose, it’s possible that the racking may move around, shake or even blow off on a windy day. This can cause rattling or movement noises and should be assessed by a professional to make sure the racking is properly attached.

Cabling runs between each panel and then down into your roof. If the cabling running between panels is not properly clipped, it can move or hit the roof, making noise. This should be checked by a professional who can properly clip the cabling.

If the panels are at an angle instead of flat against the roof, it’s possible that birds or small animals are using them for shade or shelter. Bird faeces can reduce solar panel efficiency, so it’s important not to place anything nearby which might attract larger groups of birds, such as TV antennas; this might make for a crappy situation.

In locations that have larger inverters and more panels, there may be increased noise due to the increase in equipment for the electricity production involved. Usually, these need to be quite large installations, such as big commercial buildings or solar farms.

Not sure if the solar system is making the noise? The easiest way to check is listening out for the noise at night. Although the inverter is still turned on, it will only be gathering data at night, instead of actively working. If you continue to hear strange noises at night, it may be a completely different issue unrelated to the solar system itself. If so, you may need to investigate for different reasons other than your solar!

We’d like to hear your stories. Does your solar system (or perhaps your neighbour’s system) make some annoying noises? Leave us a comment below with your experience.